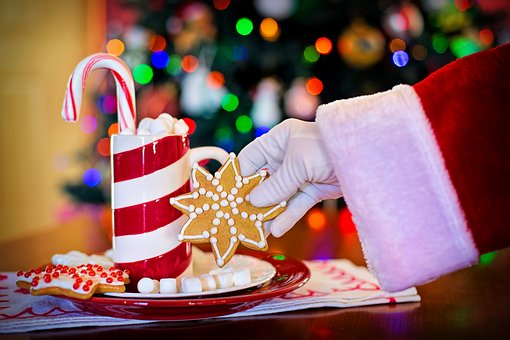 So, is Santa Claus real?

This is the most commonly asked question when Christmas is approaching and kids become very curious whether they will get the gifts they’d asked for or not. If they send letters to Santa? If they stay up late to catch a glimpse of Santa Claus?

You see, it is really confusing for children. Not all the parents let their children reside in the fantasy world in which Santa Claus is real. The problem is that the non-believer kids go to the same schools as the believer kids. Word goes around and kids don’t know who to trust. So, ultimately they ask their parents for affirmation.

Now, this is where things get controversial. There are two kinds of parents: the individuals that are pro-Santa and allow their kids believe in Santa and the second who are anti-Santa and who don’t let their kids live in the fantasy world. There is a third party also who does not side with anybody and just let their kids figure it out on their own.

The Anti-Santa Point of View:

These parents believe that telling their kids that Santa is real is as bad as intentionally lying. As the child grows up and finds out that Santa is not real, he will feel betrayed and his trust on his parents will fall to pieces.

They say that they keep trying to instill honesty in their children and if they lie to them about Santa Claus, it is going to make them hypocrites. Another debate that some parents give is that Santa Claus myth puts children on the receiving end of their gifts and consequently, kids believe that getting gifts is their right and they become reluctant to give presents. Some parents also think that being on a good behavior just for the sake of receiving gifts is not a good value for kids.

Many also prefer to focus on the Christmas traditions, Christmas decoration and Christmas business to recreate the magic at the end of year festivities without lying to their kids.

Kids should be given a chance to live in a fantasy world because they’ll need to face the real life as they grow up anyway. Why spoil their childhood by telling them that Santa is not real?

Some of those parents even become Santa themselves (the Santa get up, complete with the white beard and the famous’ho, ho, ho’ laugh) so that when their children stay awake to catch a glimpse of Santa, they could surprise them.

These parents believe letting children believe in Santa Claus will enable their creativity to grow and it’ll make the kids believe in generosity and trust. We know just how important that is, don’t we? They let the children live in the dream world so long as they would like because sooner or later children figure it out on their own that Santa isn’t really real.